New York City Set To Experiment With Congestion Pricing In 2021 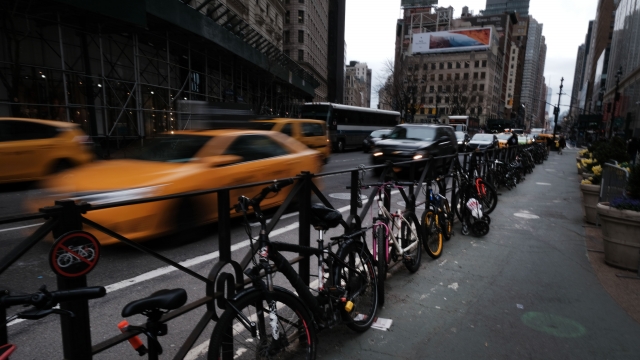 New York City has many distinct characteristics to be proud of. The Empire State Building. The Statue of Liberty. One that the city would rather not be known for? Its seemingly never-ending gridlock traffic.

But the Big Apple has big plans to try and cut down on congestion, while also bringing in up to $1 billion for mass transit. It's looking to charge commuters and tourists steep tolls for driving through certain parts of the city.

That is the outline of a plan set to take effect in 2021. It would make NYC the first American city to institute congestion pricing, which would use electronic tolls to charge drivers in busy sections of Manhattan.

The tolls could be as high as $14 per car and $25 per truck in heavily-trafficked areas. A Traffic Mobility Review Board is expected to recommend the toll pricing after the November 2020 elections.

Under the new system, all of Manhattan south of Central Park would be considered a congestion-pricing zone. Tolls would be charged using electronic "EZPass" devices and license plate cameras.

One economist told Politico he believes the lighter traffic could reduce travel times for drivers and bus passengers by a combined 50 million hours a year — or 140,000 per day. And he says that would only get better once the money spent on tolls is invested in improving mass transit.

So far, congestion pricing has worked to reduce traffic in several major international cities. Traffic in Singapore dropped by 44% after introducing the system, while London has seen a 25% drop and Stockholm's traffic has fallen by around 15%.

But New York City residents may not be so excited about the idea. A poll from Politico that found 54% of NYC voters were opposed to the plan, with 52% of respondents saying they didn't believe it would reduce traffic in the city.