New York City Says The Measles Outbreak There Is Over 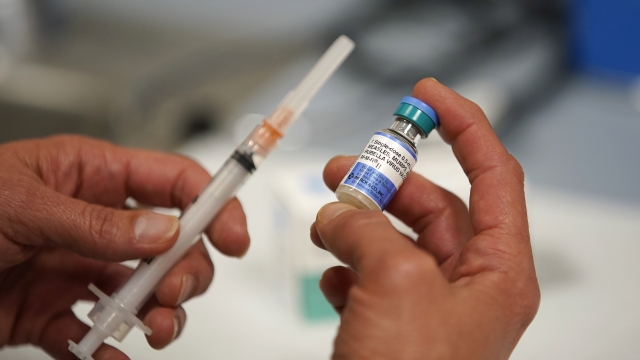 SMS
New York City Says The Measles Outbreak There Is Over
By Caitlin Baldwin
By Caitlin Baldwin
September 4, 2019
Outbreaks are usually declared over after two incubation periods — which total 42 days — have passed with no new infections.
SHOW TRANSCRIPT

New York City says the measles outbreak in parts of Brooklyn is over, and it's going to lift its public health emergency order.

Outbreaks are usually declared over after two incubation periods — which total 42 days — have passed with no new infections. The outbreak started in October. Some 654 people were infected, and most of those cases involved people who weren't vaccinated.

A large number of measles cases involved members of the Orthodox Jewish community. And while one Orthodox Jewish organization says vaccine rates among the community have always been high "international travel and a close-knit, family-centered structure left our community particularly vulnerable to the measles." City health officials have also said the community faced misinformation about vaccine safety.

New York City spent over $6 million to end the outbreak. It included the help of over 500 staff members, tens of thousands of pro-vaccination booklets and a city wide ad-campaign. On top of that, the city instituted the public health emergency order in April, requiring all residents of the Brooklyn neighborhood of Williamsburg to be vaccinated for measles or faces fines of up to $1,000 per person.

The city says since the outbreak started back in October, over 5,000 people have received the measles-mumps-rubella vaccine.

But while New York City's declared that the measles outbreak is over, it still says the threat of measles remains. The U.S. has had the highest number of measles cases this year in nearly three decades. The Centers for Disease Control and Prevention warned last month that the U.S. is on track to lose its measles elimination status.