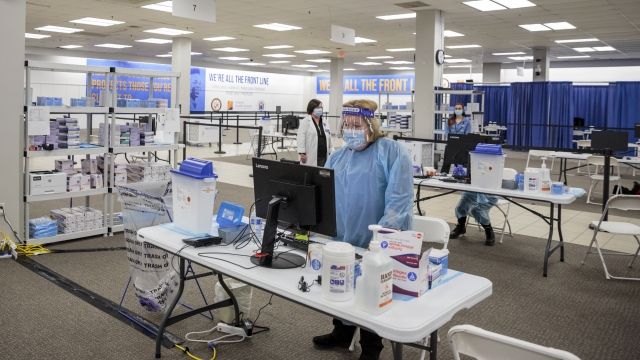 In New York City, a major step forward in the effort to vaccinate 1 million people by the end of the month.

Several vaccination centers are now up and running. The sites will be available by appointment only – 24 hours a day.

Starting Monday, front-line workers like teachers and police officers and people over 75 years old are eligible to get the vaccine. Mayor Bill de Blasio says 250 city-run sites should be up and running in the next few weeks.

Roughly 600,000 people have already been vaccinated in New York.