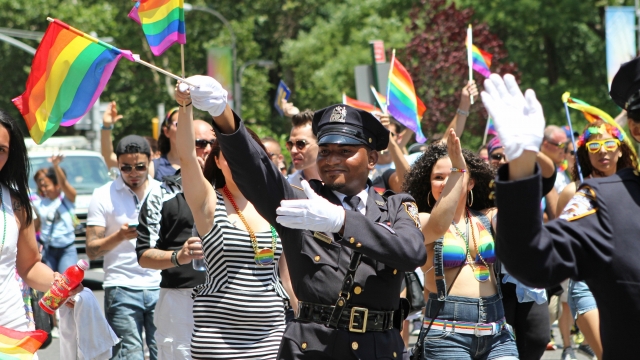 Organizers of New York City's Pride events are banning the city's police department and other law enforcement from marching in their annual parade until at least 2025.

In a statement, NYC Pride said instead of providing a sense of safety, law enforcement can be "threatening, and at times dangerous." They urged police to "acknowledge their harm and to correct course moving forward."

NYC Pride will boost the presence of community-based security and first responders while reducing the police department's presence.

Organizer say officers will provide first response and security "only when absolutely necessary."