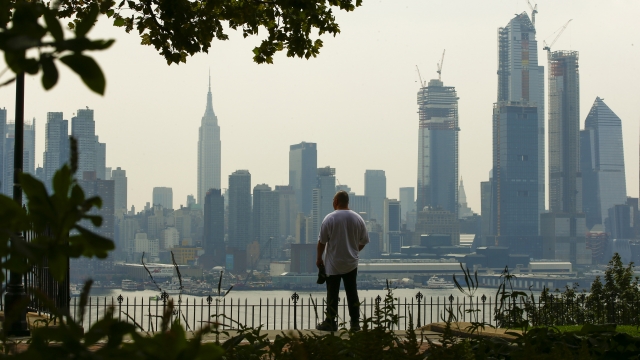 SMS
Poverty Rate In New York City Falls To Historic Low In New Census
By Meg Hilling
By Meg Hilling
October 2, 2019
Poverty rate across the board dropped in the city for the fourth year in a row.
SHOW TRANSCRIPT

The Census Bureau recently released its annual American Community Survey, which looks at cities' data and helps determine how federal and state funds are distributed. And the most recent release shows New York City's poverty rate is the lowest it's been in at least a decade.

According to the survey, the city’s poverty rate dropped to 17.3 percent in 2018, marking the lowest rate it has been since the survey began in 2006. And statistics from the Federal Reserve Bank of New York show that 2018's mark is similar to the poverty rate in the mid-70's.

In a press release, New York City Mayor Bill de Blasio attributed much of this drop to fighting for $15 minimum wage in the city and efforts to provide families with pre-kindergarten services.

According to the survey, this marks the fourth year that the percentage of people in poverty decreased in the largest metropolitan areas in the country.