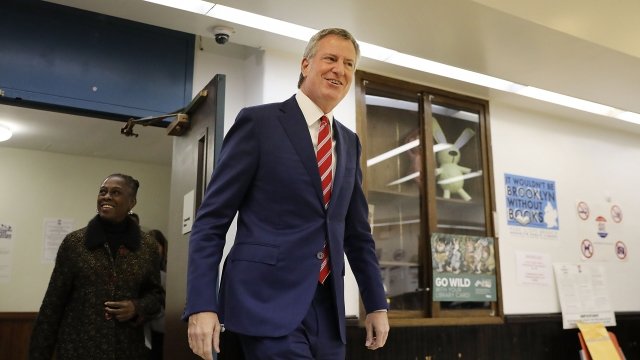 Just because de Blasio is remaining at city hall doesn't necessarily mean he's going to have a smooth four years.

Some of his plans for his second go-round include making free early childhood education available to all 3-year-olds in the city and increasing taxes for the wealthiest residents in order to fix the city's failing subway system.

But de Blasio will need help from the state for both of those items, and The New York Times reports the mayor doesn't have many "willing partners in the Capitol."

He and New York Gov. Andrew Cuomo have feuded publicly for years. This past summer, they exchanged blows over the subway — something both the city and the state have a hand in funding.