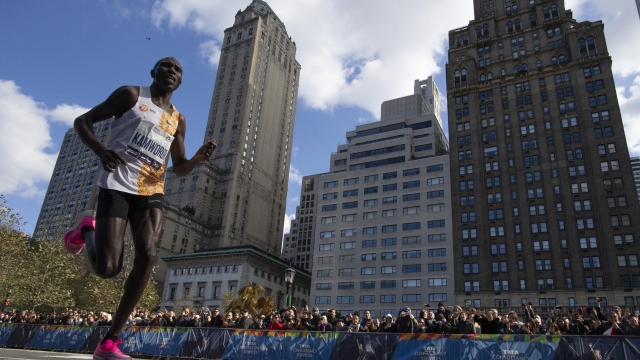 Tens of thousands of runners may be disappointed this fall: Organizers announced the New York City Marathon will be canceled due to the ongoing pandemic. The race was scheduled for Nov. 1.

The New York Road Runners organization announced the cancellation after coordinating with the mayor's office and deciding the race would pose too big of a risk to all those involved.

Mayor Bill de Blasio said in a statement, "While the marathon is an iconic and beloved event in our city, I applaud New York Road Runners for putting the health and safety of both spectators and runners first."

All runners will be offered a refund of their entry fee or free entry to one of the next three marathons.

Next year's marathon is currently scheduled for Nov. 7. Meanwhile, all registered runners and others will be invited to participate in a virtual race from Oct. 17 to Nov. 1.