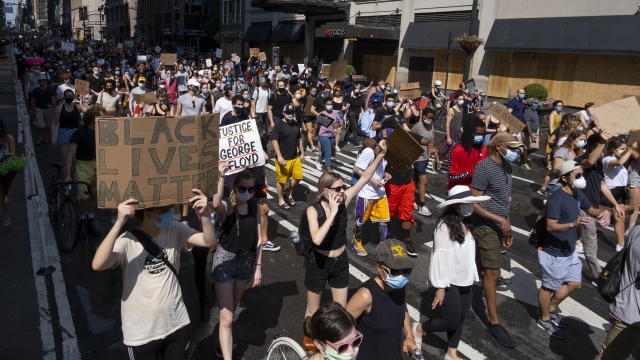 After more than a week of protests over the death of George Floyd, New York City is lifting its curfew as the city prepares for a phased coronavirus reopening.

On Sunday morning, New York City Mayor Bill De Blasio said an 8 p.m. curfew would no longer be in effect for the city after a peaceful protest Saturday evening. The curfew was supposed to last one more day and end Monday at 5 a.m.

New York City's curfew was originally enforced June 1 after peaceful protests became violent. De Blasio said of Saturday's protests, "yesterday, we saw the very best of our city. ... I hope it is the last time that we’ll ever need a curfew in New York City."

Other cities have also loosened up on protest-related curfews. On Saturday, Atlanta lifted its 8 p.m. curfew for the evening. Philadelphia officials said Sunday they would also lift the 8 p.m. curfew there.

As New York City prepares to reopen, there have been concerns of the coronavirus spreading among protesters as thousands gathered at a time. New York Governor Andrew Cuomo urged anyone who attended protests to assume they are positive for COVID-19 and get tested.