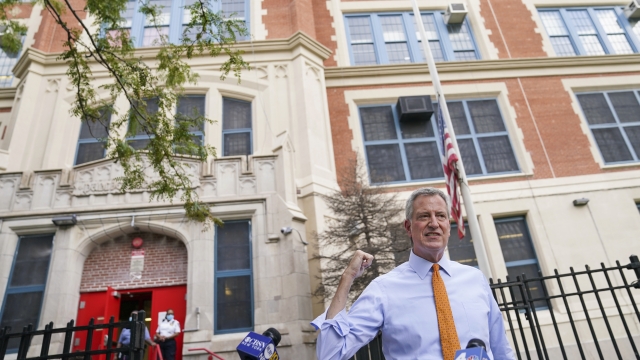 "What would have happened on September 10th now happens on September 21st, so it's blended learning, some kids in school one day, other kids in school another day. Buildings will be open and operational and taking kids into for that crucial in-person learning."

The decision comes after the teachers union threatened to strike over complaints of insufficient COVID-19 safeguards.

De Blasio said students will begin the school year completely online from Sept. 16 to the 18th, then transition to traditional, in-person learning the following Monday.

Had the teachers union decided to strike, they could have faced hefty fines and even jail time for violating the Public Employees Fair Employment Act, which is more commonly known as the Taylor Law.