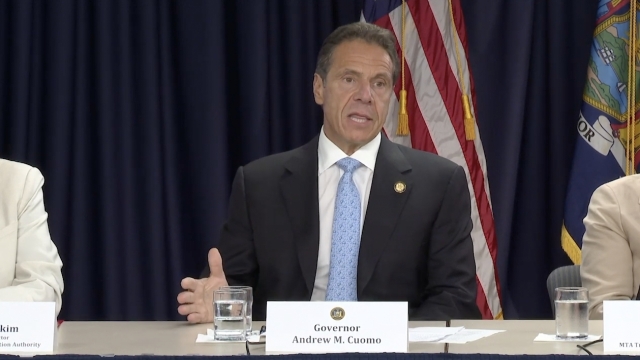 Gov. Andrew Cuomo announced New York's first death related to vaping on Tuesday. He identified the victim as a 17-year-old from the Bronx and said the state's health department is investigating. They could be the youngest person by a decade to die from vaping; CDC data updated last week put the youngest known victim at 27 years old. According to The New York Times, the teen was hospitalized twice in September with a vaping-related illness.

"This vaping is a public health crisis. It is affecting our young people. It has been marketed to young people. The federal government should act. The president had talked about taking action. I don't know how many people have to die before he takes action, but the state is already taking aggressive action."

Cuomo announced New York would put a ban on flavored e-cigarette products, excluding tobacco and menthol flavors, back in September. Michigan and Oregon have followed suit with their own bans, and California is working on legislation to do the same.

On Tuesday, Cuomo drew a parallel between the way cigarettes were marketed to minors decades ago and how vaping is being marketed now. But he pointed out that many advertising strategies that cigarette companies used are now illegal.

"We went all through that with cigarettes, all those people had to die before we found the truth. And now the tobacco company goes into the vaping business and targets young people and markets to young people with a product that might actually be more dangerous than a cigarette."

According to the most recent available CDC data, 1,080 cases of vaping-related lung injury had been reported to the agency as of Oct. 1. The CDC had confirmed 18 deaths in 15 states as of that date. But multiple reports from state health departments put the current nationwide tally at over 20.