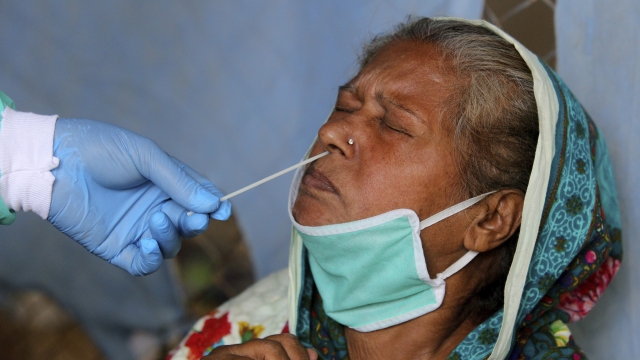 SMS
New World Health Organization Estimate Puts Coronavirus Cases At 760M
By Newsy Staff
By Newsy Staff
October 5, 2020
One in 10 people may be infected by the virus globally and "the vast majority of the world remains at risk," the W.H.O. says.
SHOW TRANSCRIPT

The World Health Organization estimates more than 760 million people may have already been infected with the coronavirus. That's about 10 percent of the world's population.

A WHO official says this estimate means "the vast majority of the world remains at risk."

That estimate is far greater than the number of confirmed cases reported by both Johns Hopkins University and the WHO. That data says just over 35 million people across the globe have been infected so far.

The U.S. leads the world in total reported cases, followed by India and Brazil.

Who's to blame for what's happened in the U.S.?

A new Associated Press poll of about 1,000 Americans shows 56% say the U.S. government has substantial responsibility for the situation compared to 47% who place the blame on other countries.