New Whitney Houston Documentary Claims She Was Molested As A Child 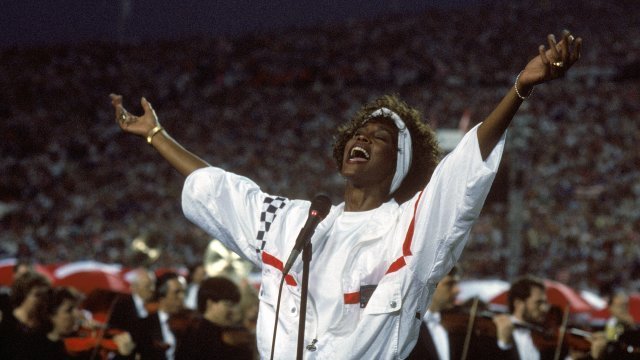 SMS
New Whitney Houston Documentary Claims She Was Molested As A Child
By Jamal Andress
By Jamal Andress
May 17, 2018
Houston's longtime assistant alleges in the documentary that Houston was molested as a young girl by her cousin Dee Dee Warwick.
SHOW TRANSCRIPT

"Whitney," a new documentary by Oscar-winning filmmaker Kevin MacDonald, explores the life of the late Whitney Houston. It features interviews with family and footage of private moments throughout Houston's life.

It also dropped a bit of a bombshell about Houston's childhood that has never been publicly reported. Houston's longtime assistant alleges in the documentary that Houston was molested as a young girl by her cousin Dee Dee Warwick.

The film premiered at the Cannes Film Festival on Wednesday, and Houston's longtime assistant and friend Mary Jones revealed the information in the final act of the film.

Dee Dee Warwick was a soul and R&B vocalist. Her sister, Dionne Warwick, is one of the most-charted female vocalists of all time. Dee Dee Warwick died in 2008. Her sister Dionne is still alive but has not commented on the alleged abuse.

Whitney Houston is widely regarded as one of the best vocalists of all time — her total record sales topped 170 million including her rendition of "I Will Always Love You" which went 4x platinum. Houston died suddenly in 2012 at age 48. She accidentally drowned in a hotel bathtub with traces of cocaine and several other drugs in her system.

The documentary also explores Whitney Houston's tumultuous relationship with Bobby Brown, her drug abuse and the tragic death of her daughter, Bobbi Kristina Brown. It premieres in U.S. theaters on July 6.