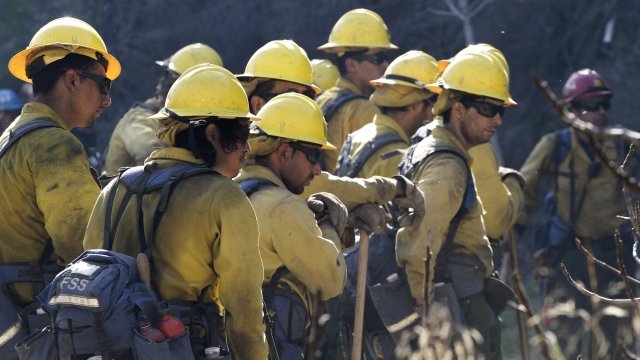 The White House is pushing a new plan it says will help with the country's worsening wildfire problem.

The Forest Service is encouraging more small-scale, controlled burns, which get rid of the dry brush and dead trees that fuel wildfires. The plan emphasizes collaboration between state and federal agencies.

It also references warming temperatures and a changing climate as a factor in worsening fires, in sharp contrast with prominent administration officials.

On Monday, Interior Secretary Ryan Zinke said climate change had "nothing to do" with the wildfires before reversing course Thursday, saying "of course" climate change contributed to the wildfires. He also blamed environmental groups for adding to the problem.

Zinke supports opening up federal lands for drilling and development, and has even suggested that logging is a solution to the wildfire problem.

For its part, the Forest Service cites increasing urban development in wild areas as a factor in worsening fires. The publicly available plan does not include a schedule for implementation.