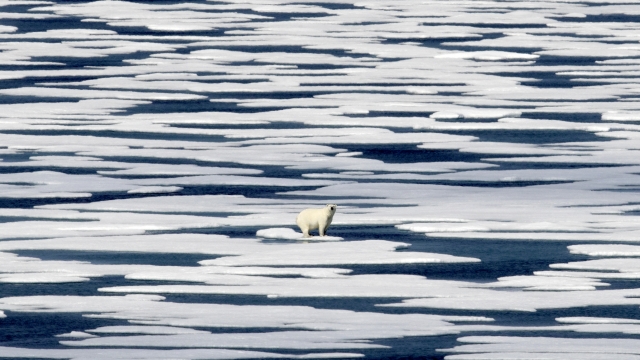 SMS
Report: 2021 Saw New Weather Records, Shifts In Global Ecosystems
By Scott Withers
By Scott Withers
September 5, 2022
The report is put together by more than 500 scientists from 60 countries and it's spearheaded by the National Oceanic and Atmospheric Administration.

Warming air temperatures, melting ice sheets, rising seas — it's all getting worse, according to the newly released 2021 State of the Climate.

The annual report is put together by more than 500 scientists from 60 countries and it's spearheaded by the National Oceanic and Atmospheric Administration. It says the planet has set new records and none of them are good.

We're still pumping a lot of greenhouse gases into the atmosphere, despite countries pledging to make cuts.

We put more carbon dioxide, methane, and nitrous oxide into the air than ever before. The CO2 levels were the highest in the last million years based on paleo-climatic records.

And those gases are driving up global temperatures. It rose by half a degree, making it one of the hottest since the mid 1800s.

It's not just the land, though. The earth's waters are heating-up, too. Ocean temperatures hit new record highs because most of the planet's excess heat is stored in the oceans.

They're not just getting hotter. They're getting deeper too. They're about four inches higher than the 1993 average, which was the first year we used satellites to measure the ocean's heights.

There was a ray of good news, though. Temperatures in the arctic were cooler than in the last few years, but it was still the 13th warmest year since records started 122 years ago.

While overall the arctic was cooler, there were a few heat events in the polar regions. In Canada's northwest territories, it hit 104 degrees in June, which is the highest temperature ever recorded that far north. And in Greenland, it was so warm that it rained for the first time in 33 years.

In the Antarctic, less ice melted but the ice that did melt was older ice —  leaving behind just newer ice, which is likely to eventually completely melt in the future because its thinner.

And the number of tropical storms around the world increased above the 30 year average. 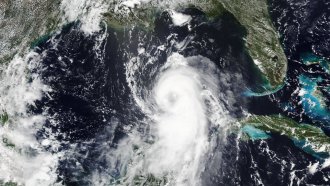