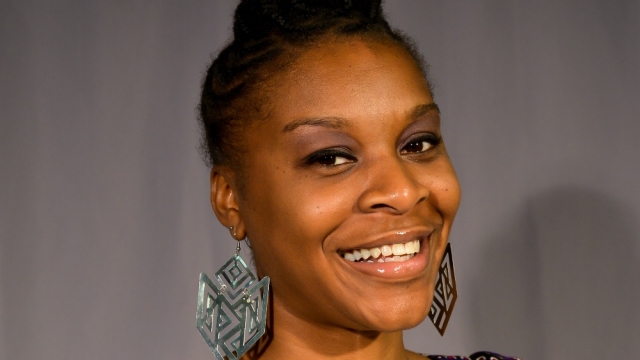 New cellphone video recorded by Sandra Bland of her encounter with a Texas state trooper during a traffic stop has been released.

It surfaced publicly in a report by Dallas local news affiliate WFAA in partnership with nonprofit outlet Investigative Network. The 39-second clip shows the controversial exchange from Bland's own perspective.

You might remember hearing about Bland back in July 2015. She was pulled over by then-Texas State Trooper Brian Encinia for an improper lane change. But things escalated, and there was a struggle before she was arrested for assault on a public servant.

Three days after her arrest, Bland was found dead in her jail cell. Her death was ruled a suicide.

The difference between the newly-released video and that dashcam footage is that it sets the scene from Bland's point of view — including this dramatic moment.

The clip ends when the officer tells Bland to put her phone down.

It's prompted Bland's family to call for the investigation into her death and arrest to be reopened. Family members and a family attorney told WFAA that they weren't shown that video as part of the evidence.

But a spokesperson for the Texas Department of Public Safety said the video was included in the discovery.

In 2016, Bland's family settled a wrongful death lawsuit with the state and county for $1.9 million. A Texas grand jury ultimately decided not to indict any county jail employees in the case of her death.

As for Encinia, he was fired after being indicted for perjury over the traffic stop; his defense had argued that he feared for his safety when he ordered Bland out of her car. The perjury charge was later dropped on the condition that Encinia agreed not to work in law enforcement ever again.