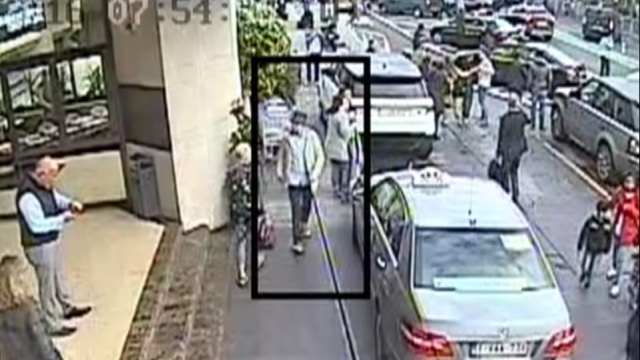 The Belgian Federal Police released new video of the Brussels bombing suspect who's still on the run.

The new video details the path the bombing suspect took after fleeing the airport and includes video of him two hours after the bombs exploded.

Beyond information about the suspect, officials are also looking for his jacket. Based on video surveillance, he tossed the coat somewhere after leaving the airport.

The March 22 attacks at the airport and a metro station killed at least 32 people. ISIS claimed responsibility.

Three other suspects linked to the attacks were arrested March 27, and all three are still in custody in Brussels.