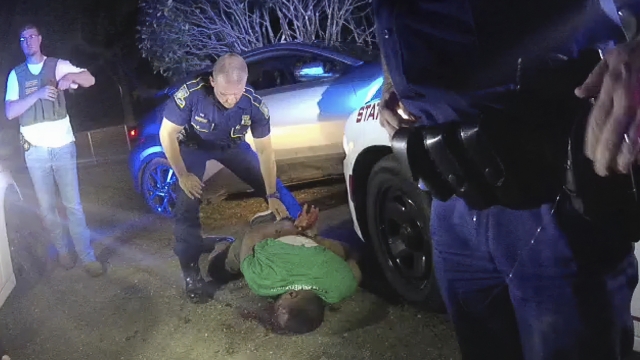 SMS
New Video From Deadly Louisiana Police Encounter
By Simon Kaufman
By Simon Kaufman
May 24, 2021
The video shows a fatal encounter between officers and a Black man from 2019.
SHOW TRANSCRIPT

Two Louisiana police officers will be fired after new video came out showing a fatal encounter between officers and a Black man from 2019.

The video shows the aftermath of a high speed chase.

Officers punched Ronald Greene while he was already in handcuffs. We're intentionally not showing that.

An autopsy notes that Greene was restrained as a factor in his death. It also cites alcohol and cocaine in his system as well as injuries from the crash.