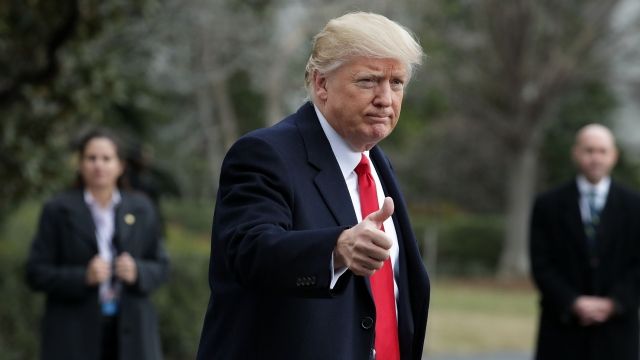 President Donald Trump has been talking about a voter fraud investigation for months, and it's finally happening.

Trump signed an executive order creating a special commission to look at voter fraud and suppression.

As a candidate, as president-elect and as president, Trump complained about voter fraud on Twitter, but there is no known evidence to support his claims.

Now, Vice President Mike Pence and Kansas Secretary of State Kris Kobach will spearhead the commission to look into it.

Kobach was part of the Trump transition team, but adding him to this investigation is its own controversy.

Kobach pushed for a proof of citizenship requirement for Kansas voters. The law has been plagued with lawsuits since it was signed in 2011, and it was blocked by the courts.

Trump easily won the 2016 Electoral College, securing his spot in the Oval Office. But he lost the popular vote to Democratic candidate Hillary Clinton — a fact that's continued to be a thorn in Trump's side.