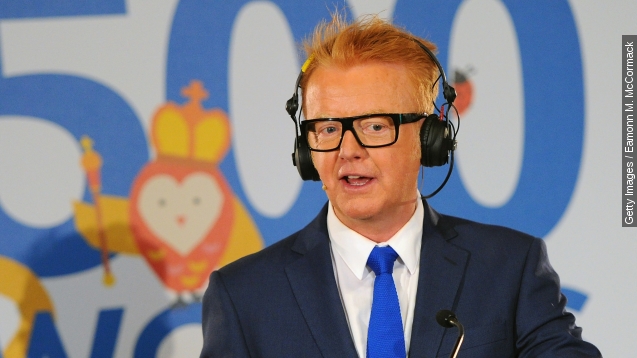 "Top Gear," the popular British car show, is shifting into a new era starting in May 2016. But according to a report from The Mirror, that won't include making the show live.

The outlet reports new host Chris Evans has been pushing BBC producers to broadcast the Sunday-night staple as it happens, but execs are reportedly refusing to greenlight the idea. (Video via BBC)

It makes sense that Evans, a veteran of live programming, would be revving his engine about this. A longtime morning host on BBC Radio 2, he's also hosting "TFI Friday," a television show that prides itself on airing live. (Video via Channel 4)

To understand the BBC's point of view, all you have to do is look at whom Evans is replacing.

Longtime host Jeremy Clarkson failed to see his contract renewed after reportedly going on a profanity-laced tirade against a producer — which allegedly included a punch to the face. (Video via BBC)

With that in mind, the BBC reportedly wants to "maintain as much control as possible" over the next season of "Top Gear," and throwing live television into the mix would be too risky. (Video via BBC)

Whether the show will be live or not, there's no question the "Top Gear" of 2016 will be far different from years past. (Video via RadioToday)

Its entire slate of hosts is being swapped out, and it's not clear exactly who, or how many, will join Evans, though he says he's got it all figured out. (Video via BBC)

Evans will keep making his case to take "Top Gear" live, but with all that's been going on, chances are he'll just be spinning his wheels.