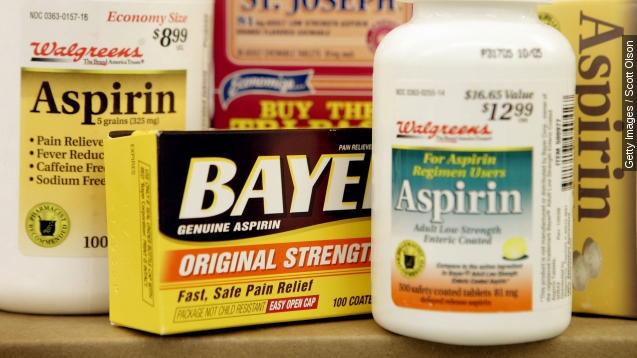 The aspirin you likely already have in your medicine cabinet could prevent certain types of cancer, a new study says.

There's been a lot of speculation and research about the benefits of aspirin in preventing various types of cancer.

But this study is different because the scientists found a biochemical pathway regulated by aspirin with a new technique called "metabolite profiling."

Both volunteers taking aspirin and colorectal cancer cells in lab tests saw decreased levels of a chemical in the blood called 2-hydroxyglutarate. The chemical is thought to promote cancer growth and may be the cause of tumors.

But, of course, taking daily aspirin has side effects. And they can be severe, like internal bleeding and an increased chance of stroke.

The dosage of aspirin depends on the intended use, but if you're pregnant or consuming alcohol, you're discouraged from popping this pill.