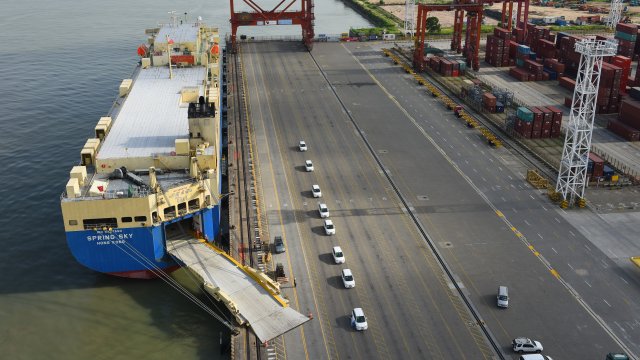 SMS
New Tariffs Pose Issue For American Business Owners
By Alexandra Miller
By Alexandra Miller
May 13, 2019
President Trump announced a 25% tariff on $200 billion in Chinese goods. But it's not China that will feel the immediate impacts.
SHOW TRANSCRIPT

President Trump's announcement to more than double tariffs on roughly $200 billion of products imported from China is leading to uncertainty for business owners in the United States. In the short term, economist Rob Scott says these businesses have two choices: eat the cost increase themselves or charge the consumer more to offset the tariffs on these goods.

"Middle men may eat some of that in their profit margins. We don't know how much small businesses will be affected," Scott said. "I think the pain is going to be spread in the long term. There will be reduced demand for Chinese exports, though China has taken steps to offset that. But it certainly will, at the end of the day, raise the cost of products containing imported components."

Still, for now, business owners received short notice — just a few days — before these tariffs were put into effect. That could impact their bottom line.

"It's enough time to react, given that everyone is going to have to react to higher prices in the pipeline," Scott explained.

Scott says there is some lag time because products that are already in transit are not subject to the higher tariffs. But new goods shipped are now effectively 15% more expensive. So could the president back off these tariffs before those newly shipped goods arrive?

"It's hard to predict. Trump has shown a great willingness to threaten tariffs and in the last second withdraw them. He knows he has three to four weeks to play with, so he may be playing that game," Scott said. "He may think he can change our relationship with China. This is not going to fix our trade problem with China."

If not, manufacturers will most likely foot the bill, and both countries could work around the tariffs by moving their production elsewhere.