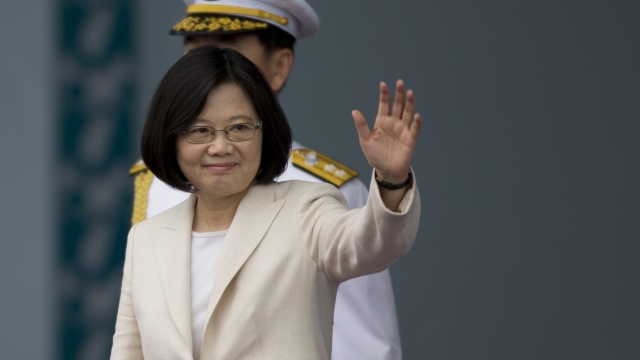 Taiwan has passed a law aimed at combating political interference from China.

Taiwan's parliament approved the Anti-Infiltration Law 67-0 on Tuesday. The legislation is meant to curb lobbying, spreading of disinformation, staging of campaign events or other election interference by "hostile" foreign entities. It carries penalties of up to five years in jail and a fine that can exceed $300,000.

China has been accused of illicitly supporting candidates from the main opposition Nationalist Party by providing campaign funds and mobilizing support on social media. Nationalist Party lawmakers refused to participate in Tuesday's vote, arguing the law threatens anyone who has dealings in China. They also accused the ruling Democratic Progressive Party of rushing the legislation for electoral gain.

Taiwan's presidential election is less than two weeks away. President Tsai Ing-wen is heavily favored to win a second term — an outcome that would likely heighten tensions between Taiwan and mainland China.