A New Study Shows There Are Racial Disparities In Flu Hospitalizations 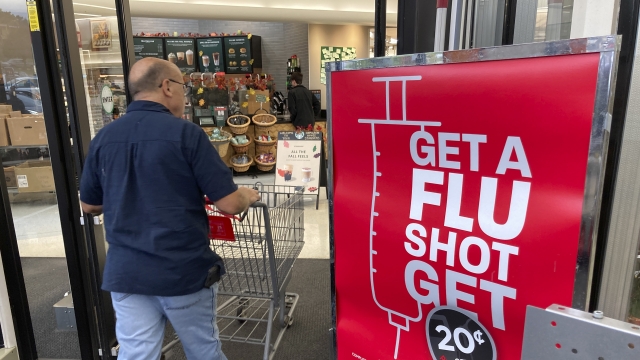 The CDC said hospitalization rates among Hispanic adults were about two times more than White adults in the 2009 and 2021 flu seasons.

A new report from the Centers for Disease Control and Prevention shows racial and ethnic disparities in flu hospitalizations among Black, American Indian and Alaska Native and Hispanic adults compared with White adults during the past 13 flu seasons. The CDC analyzed flu season hospitalizations from 2009/10 to 2021/22.

Black adults were hospitalized at rates one and a half to nearly two and a half times higher than White adults.

In the 2011 and 2021 seasons, hospitalization rates for American Indian and Alaska Native adult patients were nearly three times more than White adults.

The CDC said hospitalization rates among Hispanic adults were about two times more than white adults in the 2009 and 2021 seasons.

CDC officials said the big drivers of these numbers were misinformation, access barriers and structural racism.

Those have led to distrust of the medical system, concerns about vaccine safety or side effects, roadblocks to getting quality health care and lack of health insurance. Transportation and childcare also came into play.

Doctors Urge Americans To Get Vaccinated As Flu Season Nears

Doctors say it's safe to get the COVID vaccine and flu shot at the same time.

"We can't really quantify the contribution of vaccination and other factors to hospitalization, but certainly there are other factors. One big one is the presence of chronic illnesses contributes to more severe flu outcomes. And Black Americans and some other racial ethnic minorities are more likely to have chronic illnesses than White adults," said Dr. Carla Black, an epidemiologist at CDC’s Immunization Services Division.

The news comes as doctors and health officials push flu shots. They predict we will have a worse flu season than the past couple of years.

"For the last few years, we've cried wolf — twin-demic. But this year, I think the writing is on the wall, with what we saw in Australia and other countries that experienced winter before us. We're already seeing it occur much earlier and many parts of the U.S. including New York," said Dr. Peter Chin-Hong, a professor of medicine and an infectious disease specialist at the University of California San Francisco.

The CDC report found vaccination by racial groups were highest among White and Asian adults. People 65 years and older had higher flu vaccine numbers than younger groups. The same went for those with medical insurance, who had a doctor or nurse practitioner, or those who had a routine checkup, compared to someone who had not.