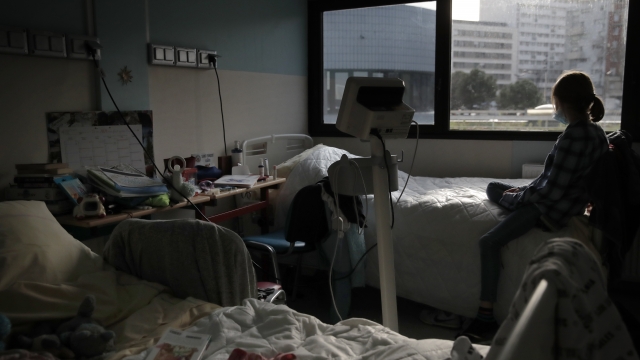 A new study shows COVID long-haulers are experiencing depression and anxiety long after their infection.

Research out last week showed COVID can deteriorate the brain's gray matter and tissues in parts of the brain that handle processing, memory and emotions. Now a new study is the first of its kind to look far out at the long-term mental health impact for patients who were bedridden for at least a week with COVID.

It adds to data on long-haul COVID — research that is still in its infancy.

Steve Sechler has physically recovered from a severe case of COVID he contracted in May 2021, but mentally, he still has a ways to go.

New research shows many long-haulers are suffering from depression and anxiety 16 months after their COVID infection.

Researchers at the University of Iceland looked at health data and sent surveys to nearly 250,000 people from six countries. They found most mental health symptoms in people who had COVID went away within two months after diagnosis.

"We're seeing similar patterns in all the countries, so it's not just, you know, these outcomes," Ingibjörg Magnúsdóttir, a researcher at the University of Iceland, said. "We can say that they're not only due to the strict strategies of a particular country because we're seeing this kind of all over."

COVID patients who were bedridden for seven days or more were more likely to experience depression and anxiety that didn’t go away.

"There is almost no change between a zero up to 16 months," Magnúsdóttir said. "The ones that have been bedridden seven days or longer, they have significantly higher depressive and anxiety symptoms."

Back in Nashville, Sechler is on disability and is in therapy, eagerly waiting to heal and move forward.

"I think I just kind of took life for granted before, and I kind of just did my day-to-day thing, and because I was given such a blessing from God to have a second chance at life, I don't plan on wasting it," Sechler said.

Researchers tell Newsy they’ll follow up with study participants this May.