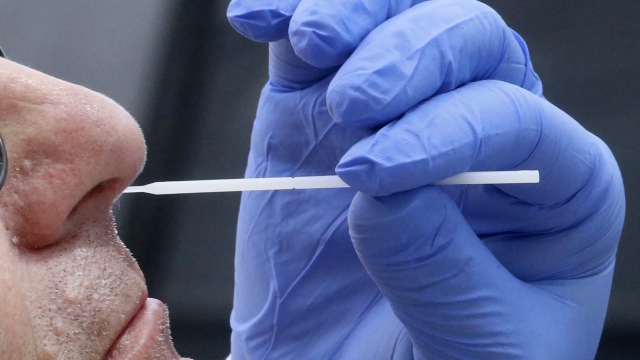 Around 90% of the U.S. population could still be at risk of contracting COVID-19, especially minority communities.

A new study from Stanford University and Ascend Clinical finds that about 9% of the U.S. adult population had COVID-19 antibodies as of July.

"They're a population that tends to be organically inclusive of people that we care to survey like people who are racial and ethnic minorities," Shuchi Anand, an assistant professor of medicine at Stanford University and the lead author of the study, said.

The 28,000 patients studied were on treatment for end-stage kidney disease in 46 states.

"If prevention efforts are rolled out they need to specifically address these high-risk communities and need to be tailored to them," Anand said.

Although they're considered high risk, dialysis patients undergo routine lab work, which made them an ideal test group.

"That will allow us to track the evolution of SARS-CoV- 2 spread over time," Anand said.

Maria Montez-Rath hopes the study will help others see if what they're doing to prevent community spread is actually working.

"We have a way of being able to measure this and really figure out what is the effectiveness of this vaccine," Maria Montez-Rath, a biostatistician at Stanford University, said.

This new research falls in line with what CDC Director Robert Redfield told Congress on Wednesday.

"More than 90% of the population remains susceptible," Redfield said.