Another Study Disproves Any Pause In Global Warming 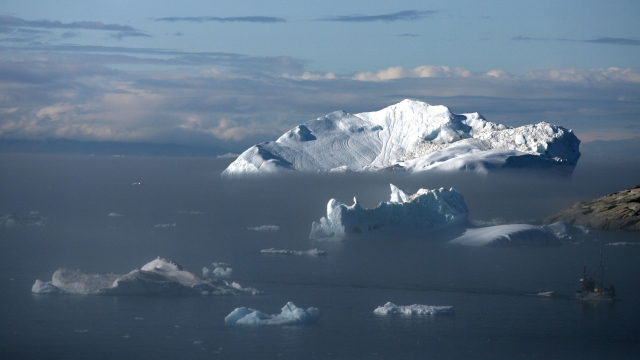 SMS
Another Study Disproves Any Pause In Global Warming
By Ethan Weston
By Ethan Weston
January 4, 2017
A new study has confirmed what a 2015 study found: There's no such thing as a pause in climate change.
SHOW TRANSCRIPT

A new study has disproved the existence of a climate change hiatus — again.

The so-called hiatus marked a period of time starting in 1998 when global warming seemed to pause, something climate skeptics saw as evidence climate change wasn't real. The only problem is the pause never happened.

A 2015 study from the National Oceanic and Atmospheric Administration found that instead of an actual hiatus, the pause was caused by a change in how ocean temperatures were measured.

Back in the day, scientists relied on boats to measure the temperature of ocean water as it entered a ship's engine room, but near the turn of the century they began using buoys instead.

Ships engines tend to be hotter than ambient temperatures, so the data came back skewed slightly warmer than it actually was. When buoys became the instrument of choice for climate scientists, the ocean seemed colder by comparison — making global warming seem to disappear.

So in 2015, NOAA decided to correct for the change in scientific tools used in the older data. That led some skeptics to cry foul.

The 2015 findings even led the House Committee on Science to look into the study. The chair of the committee was worried NOAA had "altered temperature data to get politically correct results."

But the new study — conducted by researchers at the University of California Berkley and Berkley Earth — seems to bear out what the 2015 study found.