New 'Star Trek' Series Beaming Only To CBS All Access 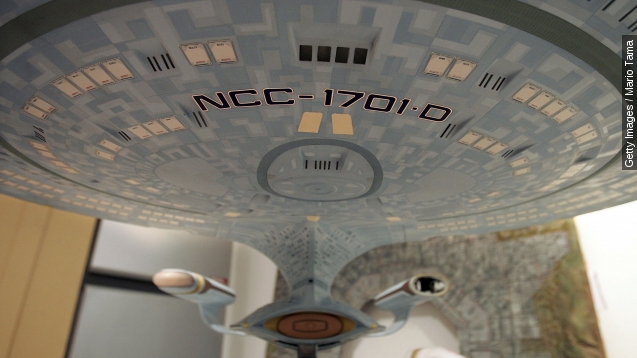 CBS will premiere a brand new "Star Trek" TV series in January 2017, but to watch anything past the first episode, you'll need CBS All Access. (Video via CBS)

That's the network's streaming service that costs $5.99 a month and gives subscribers the ability to watch old and new shows on demand or stream what's being broadcast currently. (Video via CBS)

CBS All Access doesn't offer the same selection that competitors like Hulu, Netflix and Amazon do, but the network might have actually found a good way to draw in hard-core Trekkies.

Plus, the streaming service already has all of the older "Star Trek" series. That's a lot of episodes, so if you're wanting to binge watch them all before the new show's 2017 premiere, you can start now. (Video via CBS)

But for the less-enthusiastic "Star Trek" fans, this deal doesn't make as much sense. The first episode might be great, but is watching the rest of the season worth about $6 a month? (Video via CBS)

And then there are the non-streamers, a whole group of people CBS is going to flat-out skip. (Video via XFINITY)

The "Star Trek" franchise has changed a lot in its nearly 50-year history, but this switch to a streaming-only audience is possibly the biggest change yet. (Video via CBS)