States May Have New Work Requirements For Certain Medicaid Recipients 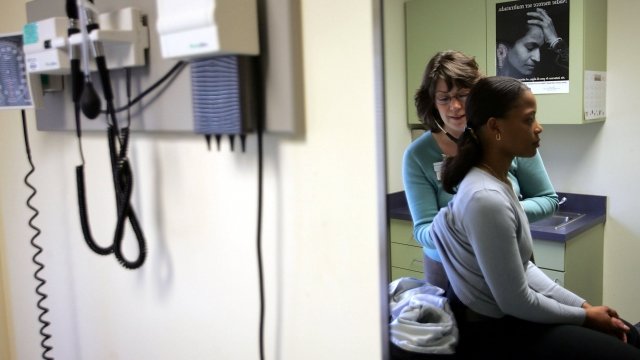 The Trump administration is paving the way for states to decide if they'll impose work requirements for certain people enrolled in Medicaid.

The Trump administration is making some big changes to the Medicaid program.

The Centers for Medicare and Medicaid Services released guidance Thursday paving the way for states to decide if they'll impose work requirements for certain people enrolled in Medicaid.

Those new requirements for Medicaid eligibility would apply only to able-bodied, working-age adults.

The guidance also appears to give states flexibility in how they design their programs. For example, "work" requirements could range from education or skills training to volunteering or caregiving.