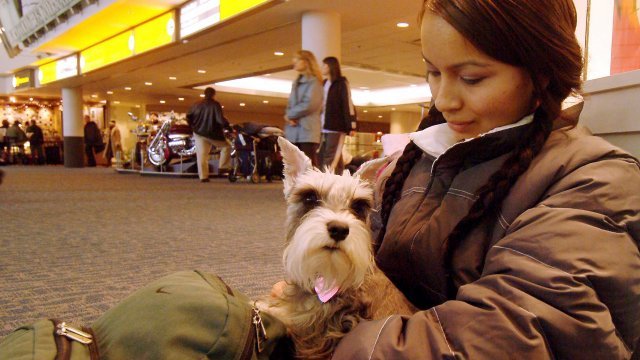 Another airline is cracking down on emotional support animals.

The airline said it plans to enforce its 48-hour pre-clearance and notification period and that it reserves the right to contact the mental health professional who certified the need for an emotional support animal. Owners will also need to sign a waiver certifying their animal is well-behaved.

But American is also limiting what types of support animals can be brought on the plane. The policy bans reptiles, hedgehogs, insects, non-household birds like turkeys and chickens, and more.

American Airlines noted a 40 percent increase in the number of people flying with support animals. But the problem isn't just the increased numbers — some travelers are trying to pass off pets as support animals, likely to avoid airline fees.

Earlier this year, Delta made some similar policy changes to crack down on people abusing the system.

American Airlines plans to have some staff training sessions before the new policy becomes official on July 1.