New Rule Would Extend How Long Migrant Families Can Be Detained 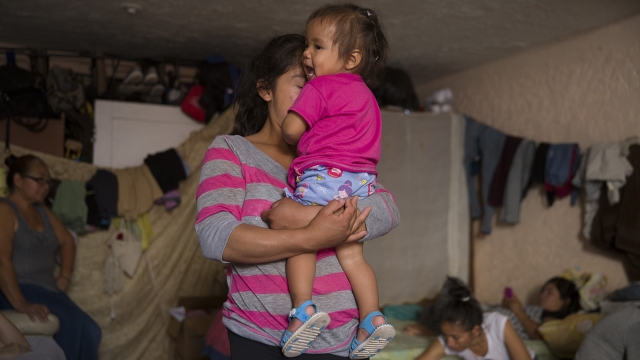 SMS
New Rule Would Extend How Long Migrant Families Can Be Detained
By LeeAnne Lowry
By LeeAnne Lowry
August 21, 2019
Republicans have often alleged that the current rules encourage migrants to come to the border with children because they know they'll be released.
SHOW TRANSCRIPT

On Wednesday, the Trump administration announced plans to scrap a court agreement that limited the amount of time migrant children can be detained.

For some background: In 1985, a class action lawsuit challenged immigration policies related to detaining juveniles. The suit led to what's known as the Flores Agreement. It requires minors be housed in facilities that meet certain standards, and that they're housed in the least restrictive setting appropriate for their age. It also established a state licensing authority over detention facilities and set limits for detaining children.

Under current rules, children and families with children detained at the border need to be released within a 20-day window. Republicans have often alleged that the agreement encourages migrants to cross the border with children because they know they'll be released.

Back in May, Sen. Lindsey Graham said at a press conference, "So word is out on the street in Central America that if you bring a minor child with you, your chance of being deported goes to almost zero, your hearing date is years away, and we release you inside the country."

The U.S. Department of Homeland Security argued that the change is meant to close that alleged loophole. It says it will keep the gist of the Flores Agreement, but eliminate the 20-day limit and create a new licensing system.

"By eliminating the incentive to make the journey to the United States as a family, the new rule will reduce the unprecedented volume of family units that have strained the already limited resources of our department components and put children throughout the region at risk," said Acting Homeland Security Secretary Kevin McAleenan.

The rule is set to take effect in two months, but it is expected to be challenged in court. An Amnesty International researcher called the new regulations cruel, saying "It is beyond logic and humanity to attempt to keep children locked up for as long as possible, especially when we know that this subjects them to trauma and extreme distress."

A legal challenge would put the rules in front of a judge who denied a similar request to extend family detentions last year.