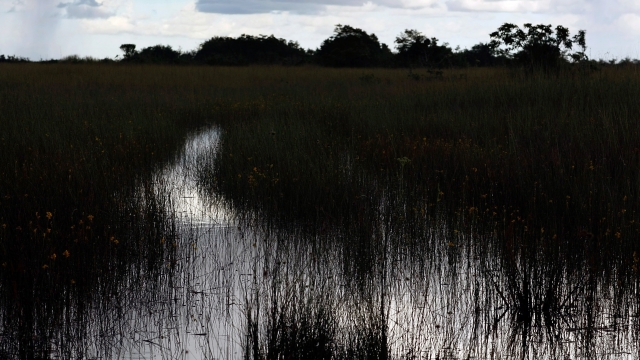 The Trump administration has rolled back an Obama-era rule that expanded protections under the 1972 Clean Water Act.

The Obama administration's Waters of the United States rule added streams and wetlands to the list of federally protected waters. But EPA Administrator Andrew Wheeler said the new rule, the Navigable Waters Protection Rule, "will establish national consistency and provide greater certainty to states and landowners."

He made the announcement during the National Association of Home Builders' International Builders' Show on Thursday.

The Trump administration has been working toward this for a long time now. President Donald Trump vowed to repeal the rule at the beginning of his presidency. In 2017, he signed an executive order directing the EPA to replace Obama's water rules, which the administration believed were unnecessary.

Critics of the Waters of the United States rule said it gave the federal government too much power over private property. But its supporters fear removing federal protections will mean pollution in drinking water.

Mark Ryan with the Environmental Protection Network told CNN many states don't have regulations in place for small bodies of water and rely on federal rules.

Many farmers and land developers support the change. That's largely because under the Waters of the United States rule, landowners and property developers had to get permits to use pesticides near protected waters.

Wheeler said the new rule identifies four categories of waters that are federally regulated and also lists waters that are not, including "features that only contain water in direct response to rainfall," groundwater, and farm and stock watering ponds.

"Now, some will say that our rule leaves thousands of miles of streams and millions of acres of wetlands unprotected," Wheeler said. "These assertions are speculative and full of inaccuracies. Despite prior reports, there are no data or tools that can accurately map or quantify the scope of Waters of the United States for the agency's regulatory purposes or for comparing the 2015 rule with our new rule."

Environmental groups will most likely challenge the rule-change in court. The New York Times reports the rule is expected to take effect in the coming weeks.