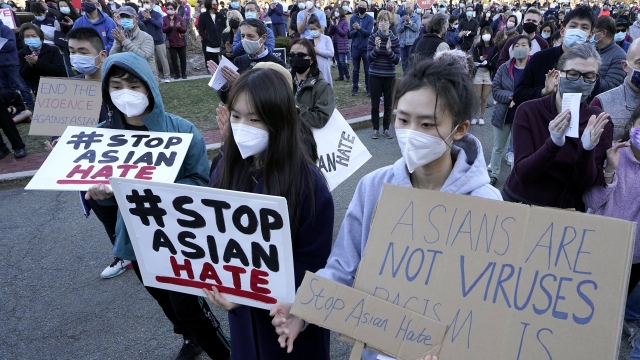 SMS
New Reports Of Assaults At Anti-Asian Hate Protests
By Newsy Staff
By Newsy Staff
March 23, 2021
One woman of Asian descent was punched in the face at a New York protest, while a person drove through a demonstration in Los Angeles Sunday.
SHOW TRANSCRIPT

There are new reports of anti-Asian attacks from over the weekend.

One of those, a woman of Asian descent who was punched in the face after she attended a rally protesting anti-Asian hate. They say three people have been arrested in connection with the attacks.

And in the Los Angeles area, police are investigating this as a hate crime.

This was during a protest Sunday. The driver went through a group of demonstrators and shouted insults about China.