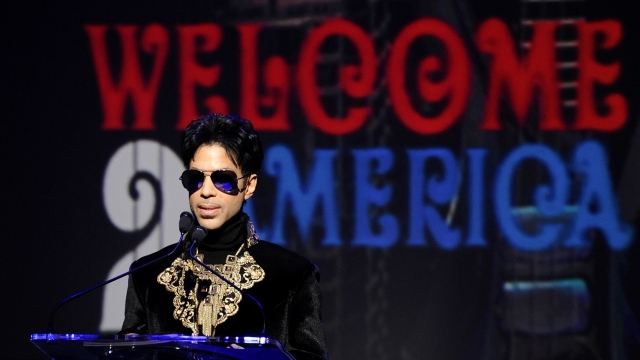 Five years after the death of Prince, his estate just released “Welcome 2 America” — the artist’s first standalone posthumous studio album, which he originally recorded more than a decade ago.

The reviews for the new album are fairly positive. Critics are applauding Prince’s iconic sound, as well as his timeless — and almost prescient — takes on racism, discrimination and misinformation.

But amid the critical success of the new album is the continued struggle over the artist’s estate. Prince died suddenly of an overdose in 2016 without a will to determine who would inherit his multi-million dollar estate.

Lawyer Stuart P. Slotnick: “It's really unfortunate that he didn't have a will. Because if he had a will, that would be a roadmap as to what happens with his stuff.”

Earlier this summer, music company Primary Wave acquired half of Prince’s estate from three of the artist’s six siblings. Primary Wave also owns the catalogues of Stevie Nicks, Ray Charles and Nirvana, and the company’s chief executive said they hope to “tastefully and organically put large opportunities in place that Prince would feel proud of.”

Slotnick:  “When you talk about someone like Prince, it's really complicated because there are intellectual property rights, contract rights, record companies that have a say, in the songs and the music catalogs, generally speaking. So it's very hard to predict what's going to happen because there are a lot of stakeholders that want a piece of the pie.”

Beyond the question of who controls Prince’s estate is the question of how much his work is worth. The artist’s intellectual property is estimated to be worth between $100 and $300 million. If the estate and the IRS don’t come to an agreement, the issue will go to trial.