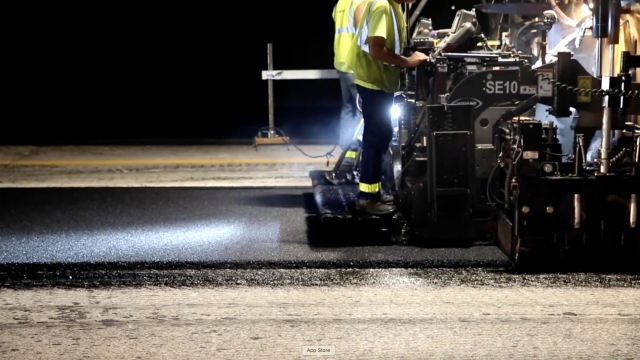 The world has a plastic waste problem. One solution to curb the issue: put plastic into roads.

India was the first country to put plastic roads to the test.

An Indian scientist known as the "Plastic Man of India" developed his own method in the early 2000s.

Rajagopalan Vasudevan teaches chemistry at a college in Madurai, India. His method, which involves mixing shredded plastic with hot gravel and then adding it to asphalt, is being used across the country.

"Plastic is not a problem. I always say, 'we the human beings are the problem.' It is our garbage culture. It is our disposable technique," he said.

Similar methods are picking up steam around the world – even in the U.S.

Dow Chemical, one of the largest plastic producers, has helped build roads with recycled plastic since 2017.

"Asphalt pavement is the most recycled material in the United States already. And so we're making it more sustainable," application development leader C.J. Dubois said.

"Basically, the No. 4 plastics because most of them are from film applications. They're traditionally not recycled," Dubois said. "And that's something critical we've targeted."

Most recently, they've partnered with engineers at the University of Missouri in Columbia, Missouri.

Glen Barton Chair in Flexible Pavements Bill Buttlar had a hand in the local pavement project.

The pavement is currently being tested on a busy street near the university. They're hoping it'll last just as long, if not longer, as traditional roads about 20-30 years.

"We're hoping that they'll last longer than the existing technology," Dubois said. "But the traffic load is really critical, you know, to that longevity."

That longevity could come in handy as the world grapples with the effects of climate change.

Paul Chinowsky, professor and director of the Environmental Design Program at the University of Colorado Boulder, studies how climate change impacts infrastructure, including roads.

"Infrastructure in general is having significant issues due to climate change," Chinowsky said. "It's getting hotter, which is making them softer. You're getting more intense rain, which is eroding the base. And then you get these freeze thaw cycles, which just expands the cracks."

Back in India, the "Plastic Man" encourages plastic roads because of their durability in multiple climates.

"We can make it work a long temperature range," Vasudevan said. "No problem."