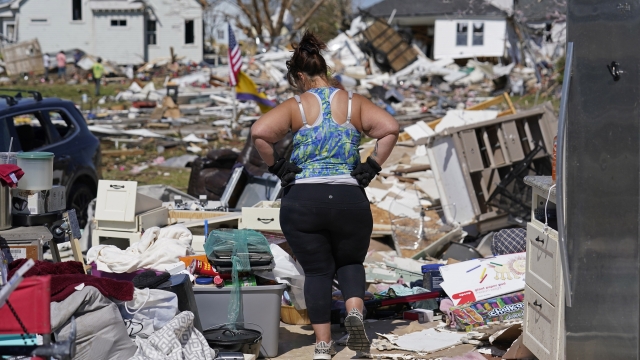 A tornado that killed a man near New Orleans this week was the metro area's second strongest on record and left an 11.5-mile track northeast through three parishes, the National Weather Service said Thursday. 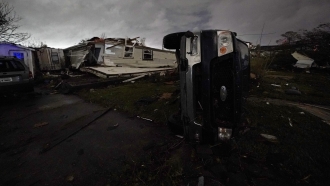 Tornado Rips Through New Orleans And Its Suburbs, Killing 1

Its winds hit 160 mph Tuesday night in the suburban St. Bernard Parish community of Arabi, making it an EF-3 tornado, according to a preliminary report released Thursday.

That put it behind only an F-4 that struck Laplace in 1983, meteorologist Christopher Bannan said. Eastern New Orleans was hit by an EF-3 tornado in 2017, but its peak winds were estimated at 150 mph, he noted.

The weather service said the tornado started on the Mississippi River's west bank and moved through neighborhoods in Jefferson and Orleans parishes. It then crossed the river into Arabi, where weather service teams found two areas of EF-3 activity. From there it continued northeast into eastern New Orleans. 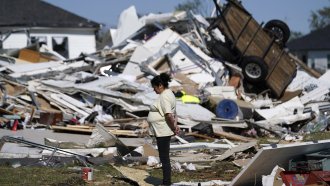 In Arabi, it picked up a house and moved it into the street, trapping a girl who was on a breathing machine. Firefighters rescued her.

That house had been built within the past six months, according to the report. It was raised on cinder blocks, but every tower of blocks was strapped both to the house and to the foundation, with additional strapping from the house directly to the foundation.

"The house itself held together but was shifted about 50 yards to the north and rotated about 90 degrees," the report said. "The house next door was also swept off the foundation, moved and mostly destroyed. This also had some evidence of strapping to the slab foundation."

That location was where winds were estimated at 160 mph, according to the report.