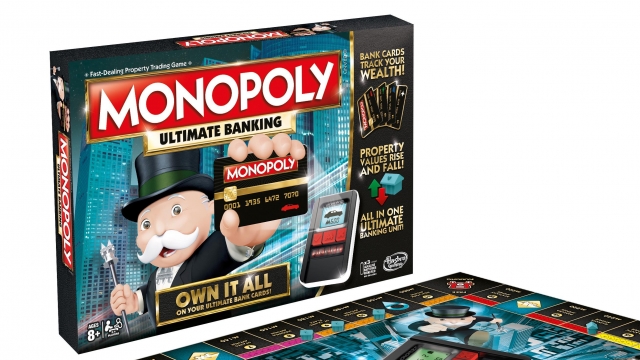 Paper money — that's what Hasbro has stripped from the latest edition of its classic Monopoly board game.

The banker has also been replaced with this small ATM-like contraption. In place of the Monopoly currency, players will use debit cards to make purchases and pay fees.

Sure, removing the paper money may mean you'll lose fewer parts, but what about the whole money-managing lesson?

Or was the lesson supposed to be something about capitalism? Either way, removing those dollar bills will undoubtedly change the way the game is played.

Just like how using a credit card in real life has been linked to overspending, for psychological reasons, this new "Ultimate Banking" edition of Monopoly could make more players go bankrupt a lot faster.

But that might also make the game end sooner, which — I think we can all agree — could be really nice.

Hasbro's "Ultimate Banking" Monopoly edition will be in stores this fall.