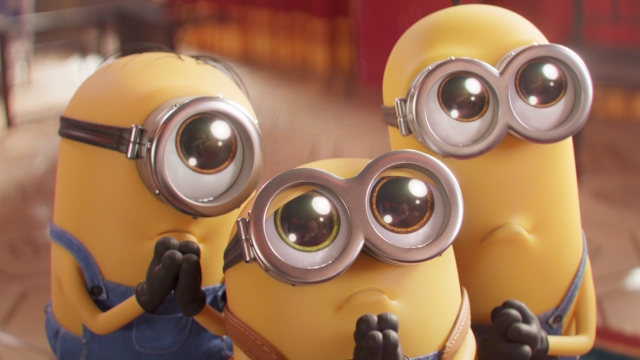 SMS
New 'Minions' Movie Smashes Box Office Records For 4th Of July Weekend
By Casey Mendoza
By Casey Mendoza
July 4, 2022
"Minions: The Rise of Gru" made an estimated $125 million — the most of any July Fourth weekend debut in Hollywood.
SHOW TRANSCRIPT

Along with the Fourth of July barbecues and fireworks, families went to the movies to kick off the long holiday weekend.

The box office grossed more than $190 million — making it one of the most successful holiday weekends for cinemas this year.

Box office debuts included the regency era rom-com "Mr. Malcom's List" and the animated family favorite "Minions: The Rise of Gru." "Minions" made an estimated $125 million — the most of any July Fourth weekend debut in Hollywood.

The success of Universal's most recent "Minions" movie follows the box office wins of other major movie sequels and franchises like "Top Gun: Maverick" and "Jurassic World: Dominion." Each movie made more than $100 million in their opening weekends. While more audiences are headed back to movie theaters, many are also streaming from the comfort of their own homes.

Hulu's action fantasy film "The Princess" debuted Friday, as did the second half of the fourth season of Netflix's "Stranger Things." The retro sci-fi action series garnered more than 286 million hours of viewership in its opening weekend.

As the long holiday weekend comes to a close, the summer blockbuster season will continue with this week's highly anticipated release of Marvel's "Thor: Love and Thunder."