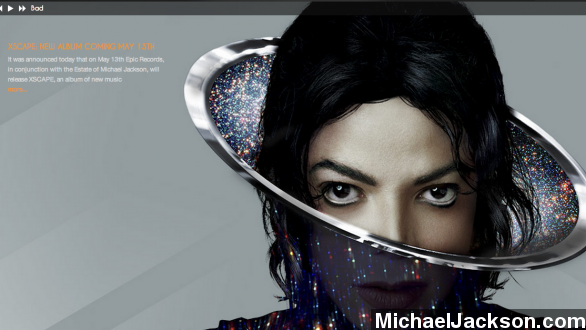 Five years after his death, it looks like the King of Pop could thrill music fans once again.

Epic Records CEO L.A. Reid announced Monday the label will release "Xscape" May 13. It's a collection of eight never-before-heard tracks from Michael Jackson's archives. (Via MichaelJackson.com)

Reid brainstormed the album after he was given unrestricted access to Jackson's archives, some 40 years of material. According to Reid, the tracks were almost all solely vocals and have been modernized by several producers before release.

The producers chosen by the Epic executive include Timbaland, Rodney Jerkins and Stargate. Reid hopes the face-lifts will give a "fresh, contemporary sound that retains Jackson's essence and integrity." (Via MichaelJackson.com)

Late last summer, Timbaland revealed the project in an interview with Revolt, telling the website, "You've got to be a true Michael Jackson fan to appreciate what I'm about to do."

"It's hard to bring anything out, because now you're just going to hear my music with his voice over it."

So far, confirmed tracks include singles "Slave to the Rhythm," "Chicago" and the Jerkins-crafted title track "Xscape," the only song reworked by its original producer. (Via USA Today)

It's the second posthumous release from Jackson's estate. In 2010, "Michael" was released and received mostly mixed reviews, with Rolling Stone calling the album a collection of "outtakes and outlines."

Epic plans to release a standard-edition album along with a deluxe edition that will include the original recordings of each track. Preorders start April 1.