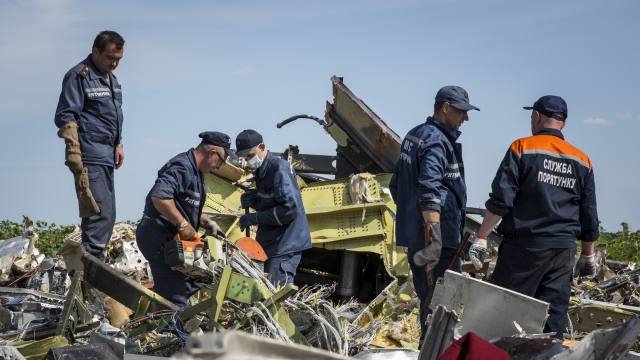 The commercial plane was shot down as it flew from Amsterdam to Kuala Lumpur in July 2014. Dutch-led international investigators said Wednesday that MH17 crashed about 15 miles from the missile launch site.

Previous reports had pointed the finger at Russia and found that the missile launcher was Russian-made, but the country refuted involvement.

The criminal investigation — which is the most detailed to date — did not determine who gave the orders to move the launcher or shoot.