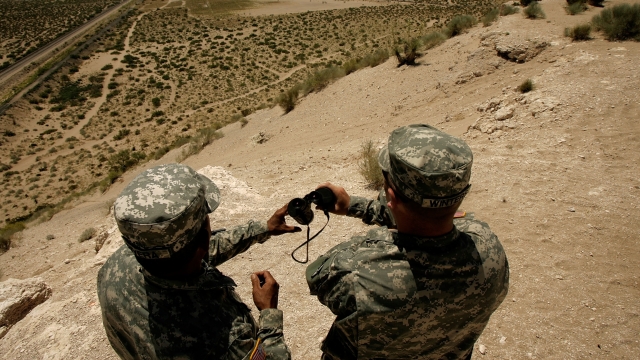 Gov. Michelle Lujan Grisham announced her partial withdrawal decision Tuesday, saying in a statement, "I reject the federal contention that there exists an overwhelming national security crisis at the southern border."

Last April, the state's former Republican Gov. Susana Martinez complied with a presidential proclamation and sent some of her state's National Guard troops to the border. As of Tuesday, 118 troops were still there.

Lujan Grisham's spokesperson confirmed that as many as 15 Guard troops will remain near New Mexcio's southwestern border. That's where the state's Antelope Wells remote port of entry is located — and the number of large scale crossings there have increased in recent months. At least 26 groups of more than 100 migrants have entered  through it since October.

Lujan Grisham also called for National Guard troops that are at the New Mexico border from other states to leave immediately.

Over the weekend, the Department of Defense confirmed it'll send an additional 3,750 troops to the southern border. Those extra troops bring the total number of active-duty forces supporting Customs and Border Protection at the border to 4,350.