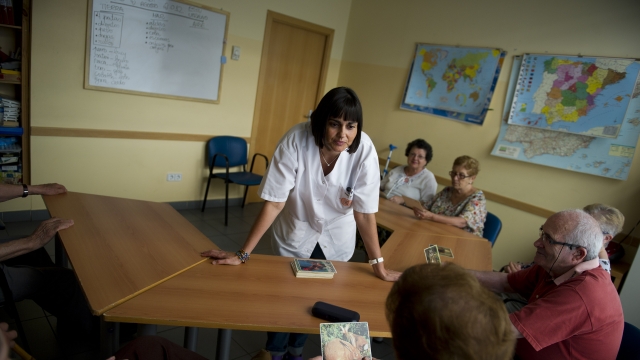 SMS
New Method Could Catch Alzheimer's 15 Years Before Symptoms Appear
By Ryan Biek
By Ryan Biek
May 11, 2016
The researchers say their method only takes three minutes for caregivers to perform.
SHOW TRANSCRIPT

The study used a series of brain scans of people with various types of brain degeneration, as well as those without any cognitive issues.

The researchers found Alzheimer's, and other forms of dementia, had patterns of brain tissue loss –– specifically gray matter. These trends could be seen over time in a series of photos.

Outside experts didn't know what diseases, or lack thereof, each brain scan image matched. In testing out the measures, or guidelines, they looked at the images and gave their own diagnoses, which matched well against the people's real conditions.

Best of all, the researchers say the guidelines are easy to learn and take only three minutes to perform, meaning they could be widely adopted by caregivers across the country.

This video includes clips from Alzheimer's Foundation of America and TED, and images from University College London and Getty Images.