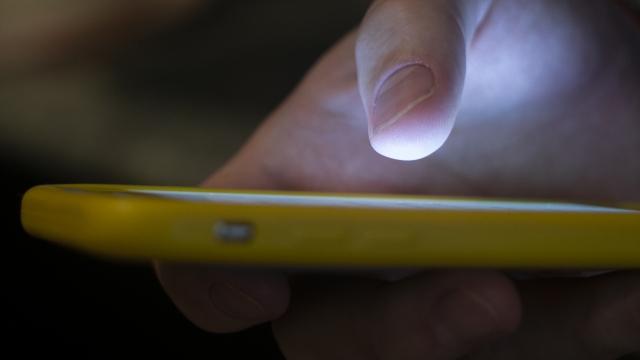 "Colorado crisis line. This is Austin," said Austin Wagner, a counselor with the crisis center.

He continued listening before he said, "that sounds pretty heavy."

Wagner and fellow counselors are on the front lines in a battle to help people before they reach their breaking point.

"It wouldn't be uncommon for me to hear that you might be having thoughts of suicide. So I wanted to check in and ask if that's something that you're dealing with today," Wagner said.

In more than 200 centers around the country, the National Suicide Prevention Lifeline helps people struggling with all kinds of crises.

"Losing a loved one, going through a divorce. Not having enough gas on the side of the road. So this is our main call center." Jacobsen said.

It's free, it's confidential; it's available 24 hours a day.

Reaching the lifeline always meant dialing or texting an 11-digit number.  Now it's getting a lot shorter: 988.

"It means that it's going to be a lot easier to access these services, which is a wonderful thing and long overdue in our community. Specifically when the need for mental health support is at an all-time high," Jacobsen said.

On the other hand: "We could get crushed," he continues.

That's because estimates predict with 988, calls for help could double or more. 988 is easy to remember: A mental health version of 911 that advocates say is critically needed to connect callers with mental health services.

Angela Kimball is the senior vice president of advocacy and policy at Inseparable.

"When people dial 911, so often, law enforcement is the response that people get. And frankly, that often results in trauma or tragedy, even. And we really want an alternative to that," Kimball said.

The federal government is spending $432 million to help pay for the 988 transition. But it's up to the states to keep it running. Many are already struggling. Illinois fails to answer suicide lifeline calls 80% of the time; Colorado and Texas miss about half.

STEPHANIE BROOKS HOLLIDAY: In ways they are ready. There are also important ways in which they're not ready.

A survey conducted by the Rand Corporation found many states are behind in planning for 988 and lack long-term funding to pay for it, and they need more workers. "Right now, people feel like they don't have enough staff, like they're having trouble keeping the staff that they have, in large part because of issues like burnout," Holliday said.

At Didi Hirsch Mental Health Services in Los Angeles, they're busy beefing up staff and volunteers to handle the surge.

Shari Sinwelski is the vice president of crisis care at Didi Hirsch.

"I think we're ready. We're considering this a soft launch. There's not a major campaign happening right now, so I think the growth will be slow and steady," Sinwelski said.

"She said, 'My daughter is trying to take her life right now,'" Bloomfield said.

It gets intense, but he says it's critical every call gets answered.

"People just want to talk. They're lonely, they don't have someone they can talk to," he continued.

Bloomfield can relate. In his early 20s, he says he started suffering massive depression and was barely functioning for seven years.

"One of the darkest days I had, I was supposed to attend a father-daughter dance for my daughter in elementary school, and I couldn't do it," Bloomfield said.

"I realized when I got better that I needed to give back," he said.

He now channels his struggle every time he answers a call. Helping others, he says, is helping him.

As word spreads about 988, counselors like Austin Wagner want to make sure everyone gets help.

"That's a big reason why people want to end their life is they feel so overwhelmed. And so being able to just kind of provide that space for them is really kind of like my goal," Wagner said.

Now, he's standing by in times when life is on the line.

"May you be well and take care of yourself," Wagner said as he ended the call.