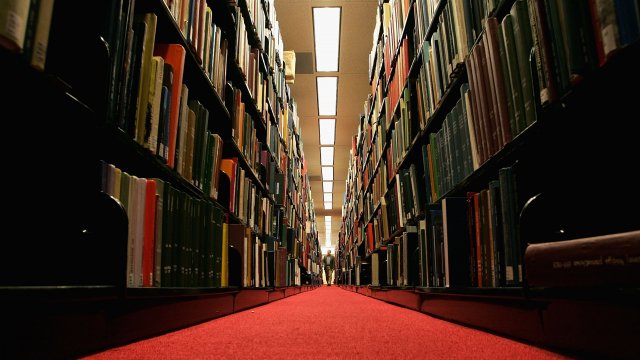 There seems to be scientific consensus: School libraries make a positive difference. Lots of us remember struggling to find just the right source for a research paper. Someone sitting nearby nearly always had the answer, whether it was found on a card, computer or journal.

There are websites packed full of glowing quotes about librarians.

Researchers find the value of librarians extends beyond source-finding. Their impacts have been detected far outside libraries' poster-covered walls, improving academic and life outcomes.

School libraries were emphasized from America's beginning. In 1740, Benjamin Franklin endorsed school libraries, and the Penn Charter School in Philadelphia designated a special room as the library in 1744.

As for the first professionally trained school librarian, that didn't come until 1900. Her name was Mary Kingsbury, and she managed the Erasmus High School library in Brooklyn. The second, Mary E. Hall, was appointed in 1903 by the Girls' High School in Brooklyn.

Researchers have worked hard at measuring librarians' effect on students. Since 1992, studies have found positive correlations between high-quality library programs and student achievement, including better standardized test scores. There also have been studies that show a link between strong school libraries and graduation rates.

And Book Riot, writing in defense of librarians, quoted experts saying, "The benefits associated with good library programs are strongest for the most vulnerable and at-risk learners, including students of color, low-income students, and students with disabilities."

A continuing question here: Are good library programs a proxy for resource-rich schools, or is it a sign of a school emphasizing deep learning for all students? We do know the number of school librarians is dropping, mainly due to budget woes. More than 9,000 positions were cut in the U.S. between 2009 and 2016, according to the National Center for Education Statistics. That was about a 15% drop in the number of school librarian positions. This is coming about as the school librarian's role is evolving from analog to digital. They're providing guidance for students in technology and information searches. Some of them are getting new titles. In North Reading, Massachusetts, they are called "digital learning specialists."

"Our students [need] to be able to understand the ethical use of information, and how to use media, and how to use technology," Kathryn Roots Lewis, the past president of the American Association of School Librarians, insists. "A school librarian is a really important piece of that."