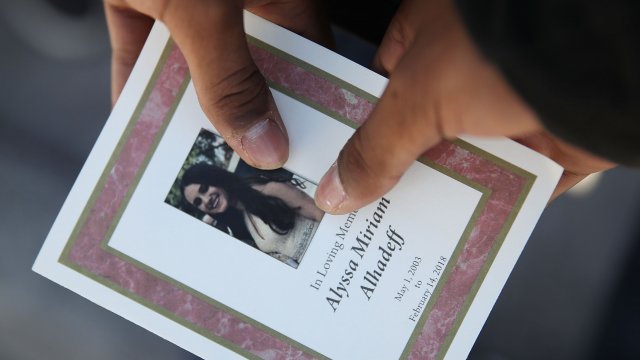 Every public school in New Jersey will soon have silent panic alarms to help protect students and staff during emergency situations.

"I hope it never comes to it in any school in our state, but if it does, the lives that this will save will be in her name," Murphy said.

Under the law, all 2,500 of New Jersey's public schools will be required to install silent panic alarms or an alternative emergency mechanism approved by the Department of Education. The alarm will alert law enforcement during an emergency, such as an active shooter situation.

According to the state Office of Legislative Services, installing the alarms will cost between $2.5 million and $12.5 million.