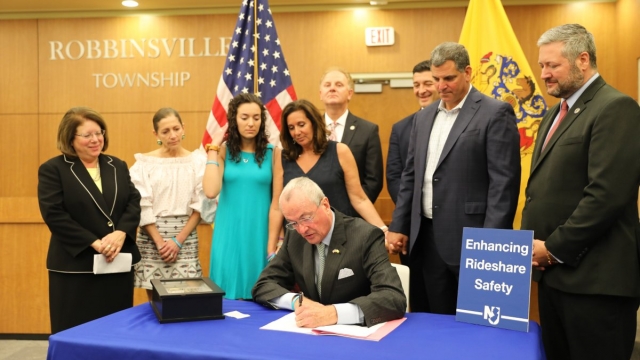 SMS
New Jersey Passes Rideshare Safety Bill After College Student's Death
By Caitlin Baldwin
By Caitlin Baldwin
June 20, 2019
The bill is named after Samantha Josephson, who was killed when she got into a car she thought was her Uber.
SHOW TRANSCRIPT

It comes after University of South Carolina student Samantha Josephson, a New Jersey native, was killed in March when she got into a car she thought was her Uber.

"We will need to take precautions to make sure that a simple convenience, does not turn into a dangerous situation as it did for Sami," said Gov. Murphy. "That is what we are doing today."

The legislation known as "Sami’s Law" requires drivers for companies like Lyft and Uber to place well-lit signs in both their front and back windows. The rideshare company will be required to issue the signs. It also requires the companies to create and distribute some sort of code, like a barcode, that passengers can scan to confirm they are getting into the correct vehicle. Under the new bill, drivers will also have to display a company issued card with their name, photo, and license plate number.