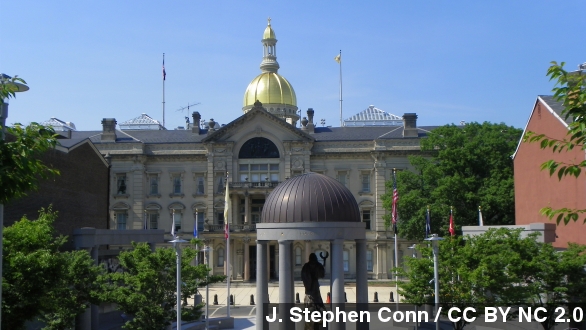 New Jersey might soon create a new policy at state-funded universities that requires verbal consent between partners before sex.

A bill has been introduced at the State House that would withhold funds from colleges and universities unless they adopt an affirmative consent standard.

The measure comes as states and colleges across the country are looking at measures to combat sexual assault on campus.

The democratic senator who introduced the bill, Jim Beach told NewsWorks last month, "We have to change the discussion about what constitutes sexual assault, particularly on college campuses where it is so pervasive."

The "yes means yes" mantra has become a big part of the movement. It's a bit more proactive than the widely-circulated "no means no" phrase.

However, some critics worry the policy puts the burden of proof on the accused and brings government regulation into the bedroom.

The state of California already has a measure in place and one is being considered in New Hampshire.

The New Jersey bill still hasn't been voted upon at the committee level.

This video contains an image from J. Stephen Conn / CC BY NC 2.0