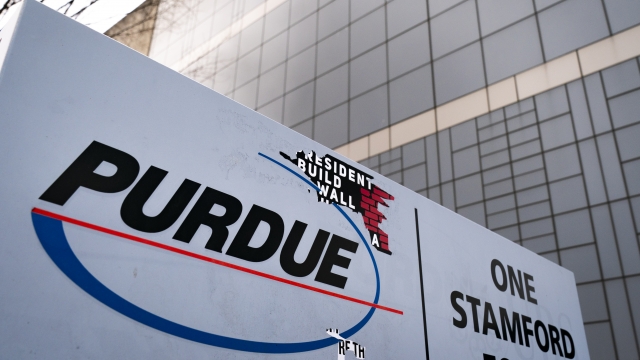 The New Jersey attorney general's office filed a lawsuit against members of the Sackler family for allegedly causing "much of the opioid epidemic."

The New Jersey attorney general's office is suing eight members of the Sackler family over their pharmaceutical company's marketing strategies. The Sacklers are the founding family of Purdue Pharma, which manufactures opioids including OxyContin.

The complaint accuses the family of making it seem like their opioids aren't as addictive. The lawsuit also says the New Jersey Consumer Fraud Act and the state's False Claims Act were violated.

In a conference call with reporters Thursday, the attorney general blamed the family for "much of the opioid epidemic" and said they've "made millions off the backs of patients that became addicted." He also mentioned that the number of overdose fatalities has gone up over the last few years.

The Sackler family issued a statement in response to the lawsuit. They said the rise in the opioid epidemic is coming from China and Mexico. They also said: "This baseless lawsuit is yet another misguided attempt to place blame where it does not belong for a complex public health crisis. We strongly deny these allegations, which are inconsistent with the factual record, and will vigorously defend against them."

There are more than 1,000 cases against the pharmaceutical company right now.