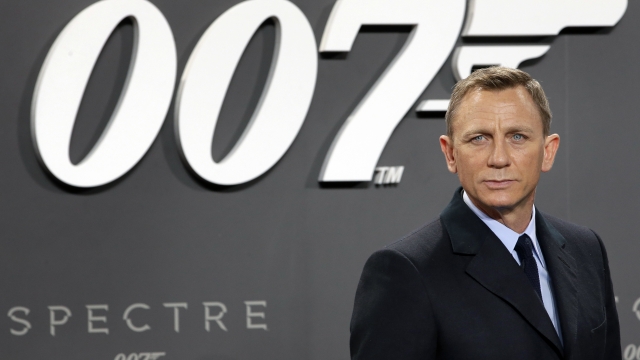 The release date of the new James Bond movie is being pushed back.

MGM and Universal along with two Bond producers made the announcement Wednesday "after careful consideration and thorough evaluation of the global theatrical marketplace."

"No Time To Die" was scheduled to be released in April but Bond fans will have to wait until November with the U.K. opening set for Nov. 12 and worldwide Nov. 25.

Though the statement doesn't mention the coronavirus o, the disease has caused trouble for Hollywood, specifically in Asia. Movie theaters in China, where the virus was discovered, have been closed since last month. The Hollywood Reporter reports the closures could have already cost the box office an estimated $2 billion.

The virus has caused issues for another movie. Paramount Pictures paused production of "Mission: Impossible VII" in Italy as that country saw a spike in coronavirus cases and deaths.