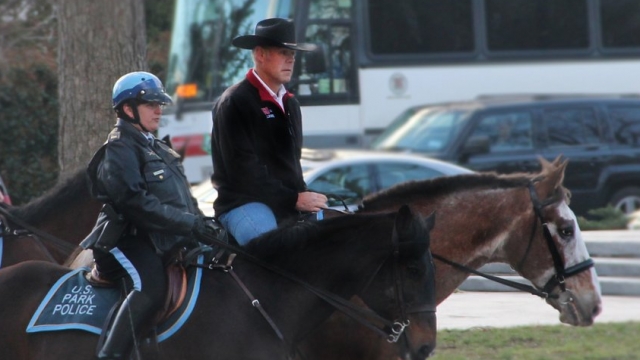 By Briana Koeneman
March 2, 2017
Ryan Zinke rode up to his first day on the job on a horse, of course.
SHOW TRANSCRIPT

Ryan Zinke went to town, riding on a pony. No, really, he did.

The newly confirmed Interior Department secretary showed up to his first day on the job on a horse, of course.

Accompanied by several U.S. Park Police officers, Zinke hoofed it from the National Park Service stables to the Department of Interior building, where hundreds of federal employees greeted him.

The grand entrance was definitely in character for the former congressman. 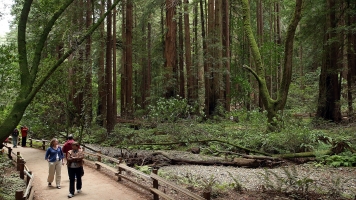 Congress Now Wants To Keep The 3.3M Acres It Planned To Sell

After all, he is a fifth-generation Montanan. And he's the first person from the state to serve on a presidential Cabinet.

In his new position, Zinke will oversee the department responsible for managing federal lands and natural resources.

No word on if he plans to ride a horse to work every day.