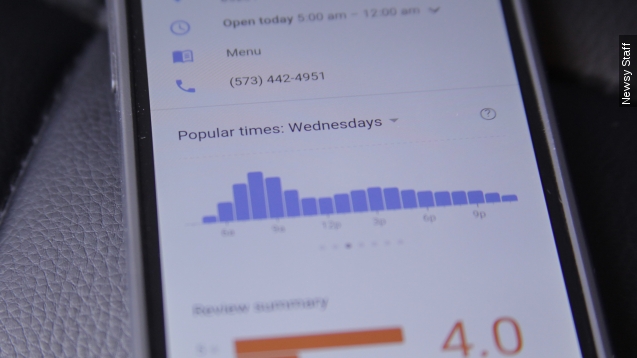 Now, you can turn to Google to find out how long that line for your morning coffee is going to be.

“Popular times” will now appear in business search results on most smartphones, so you’ll have a better idea of when a given store is busy.

The feature appears in listings for individual business locations and is based on historical data for each store.

While there aren't specific traffic numbers, there is a scale of how busy a store is likely to be compared to other times.

Now, this probably won’t be groundbreaking for every store; the lunch and dinner rush was a thing long before Google tracked it.

But for in-and-out places, this could be useful, especially in cities.

Consider lower Manhattan, where there’s a Starbucks every few blocks. It’s never been easier to comparison shop for the quickest latte.